A new milestone has been reached in the operations’ schedule at the Réfectoire des cordeliers, with the start of archeological excavations. These are to be performed throughout June by Eveha’s staff. Eveha is the leading private archeological consultancy in France, and several members of its staff are conducting the June excavations within the Réfectoire. 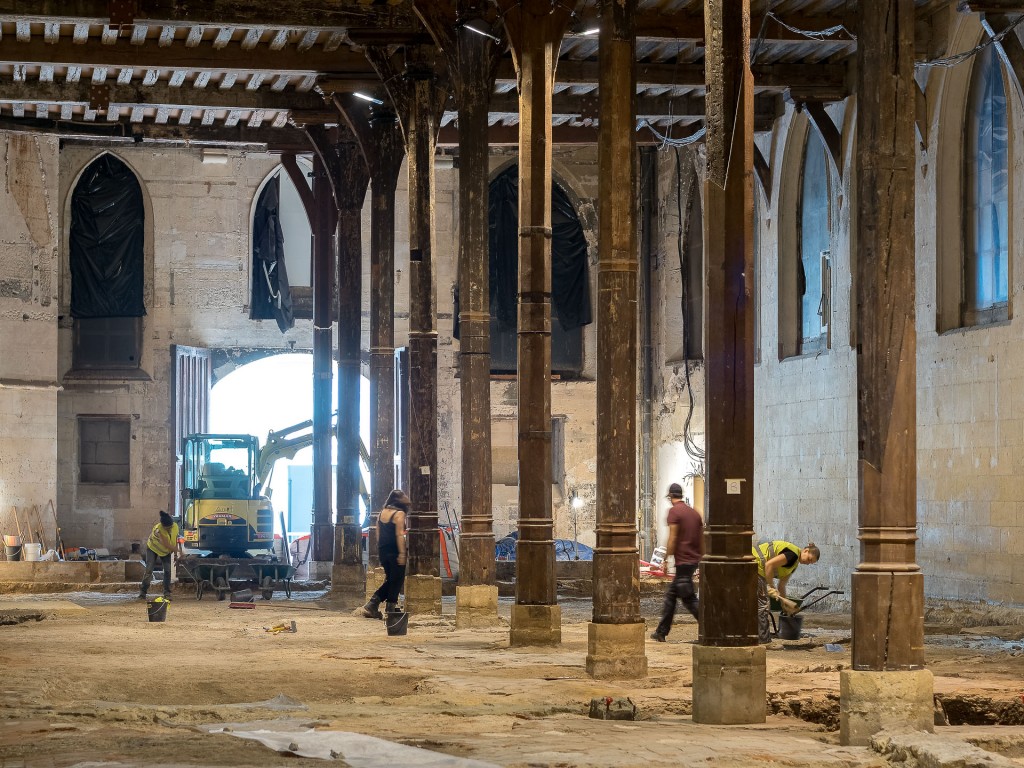 Research operations are focused on the ground within the Réfectoire’s walls, including an excavation of the floor of the ground-floor great room.

The first two weeks of excavations have enabled the discovery of several features, including a heating system made up of pipes that were connected to a water heater outside the building. These visible pipes are thought to have been installed in the 19th century. 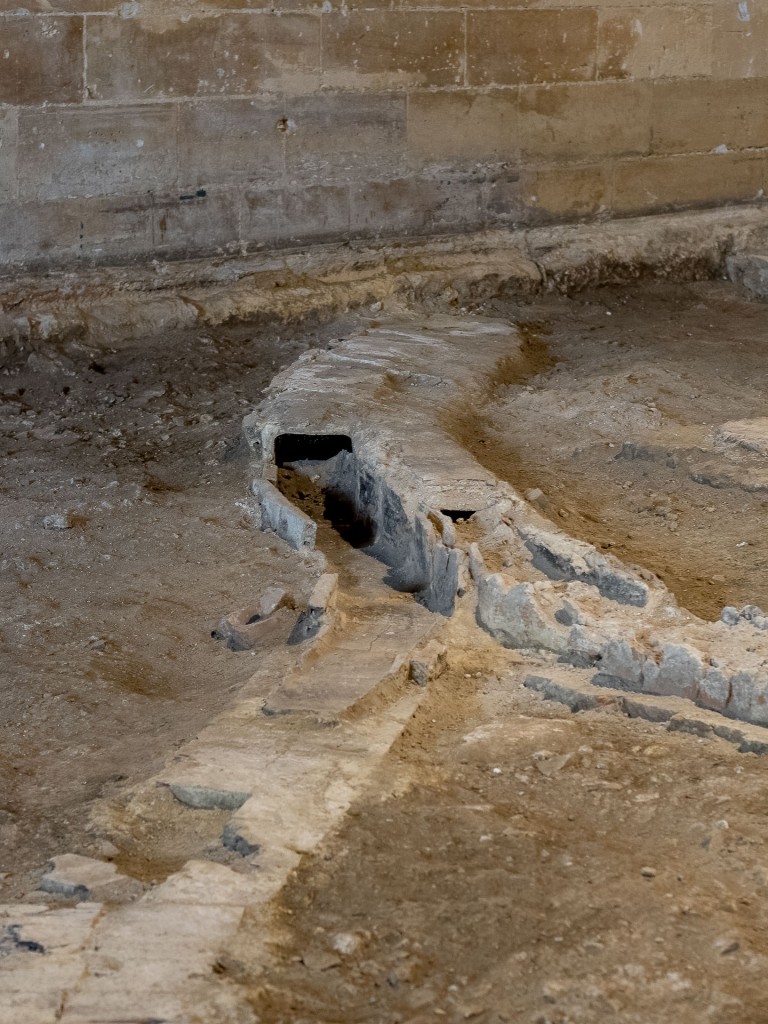 Several sections of the original floor were also uncovered, including cobblestones and tiles dating back to various eras. In the course of their work, the archeologists also discovered a hollow at the base of the North gouttereau wall, which corresponds to the location of the stairs leading up to the 19th-century pulpit, under which the latrines had been built.

Hollows dating back to soundings undertaken in the 1980s were uncovered by the architects, who are still exploring the Réfectoire’s floor. 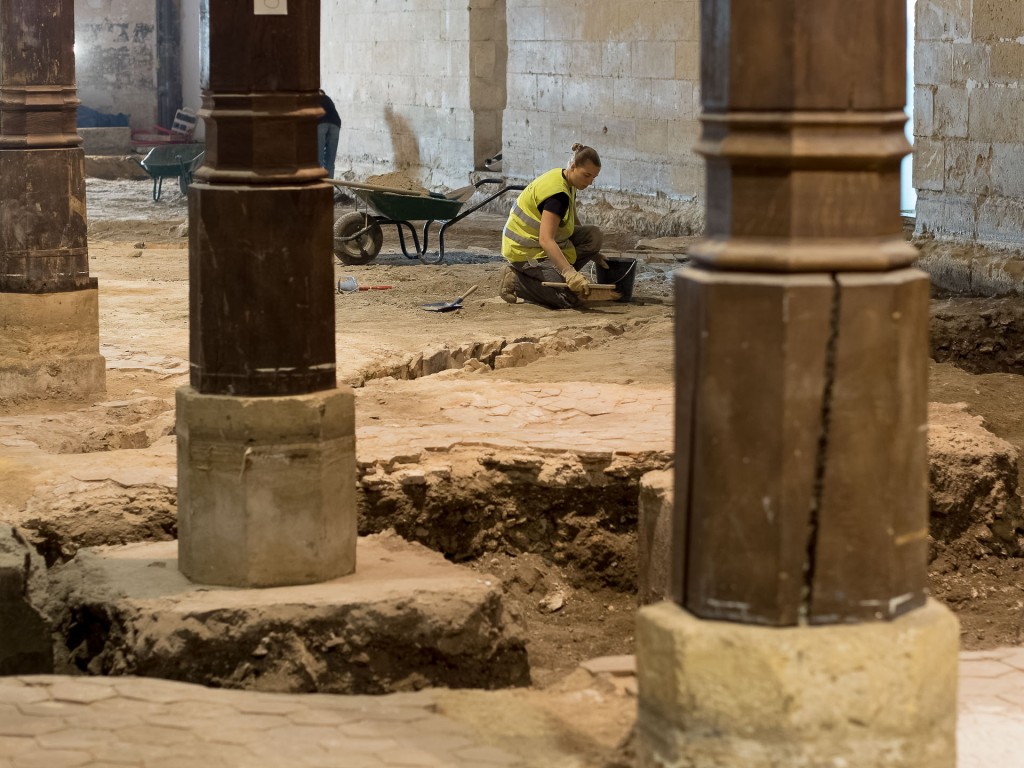 La Magie de l’Image, a company that specializes in drone piloting and photography, was on site on Tuesday, June 21 to fly a drone equipped for interior photography. The drone’s flight through the Réfectoire’s great room will allow the archeologists to draw up a 3D representation of the building’s entire floor area.

The next step is the sounding of the ground along each wall, which in the long run will make it possible to install subfloor heating. 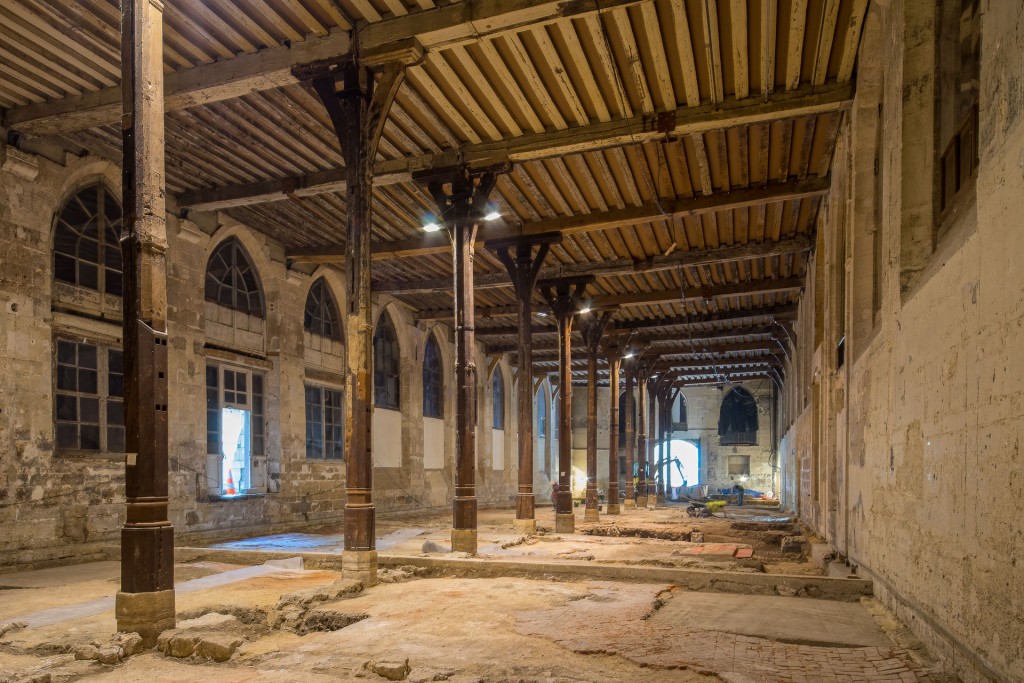 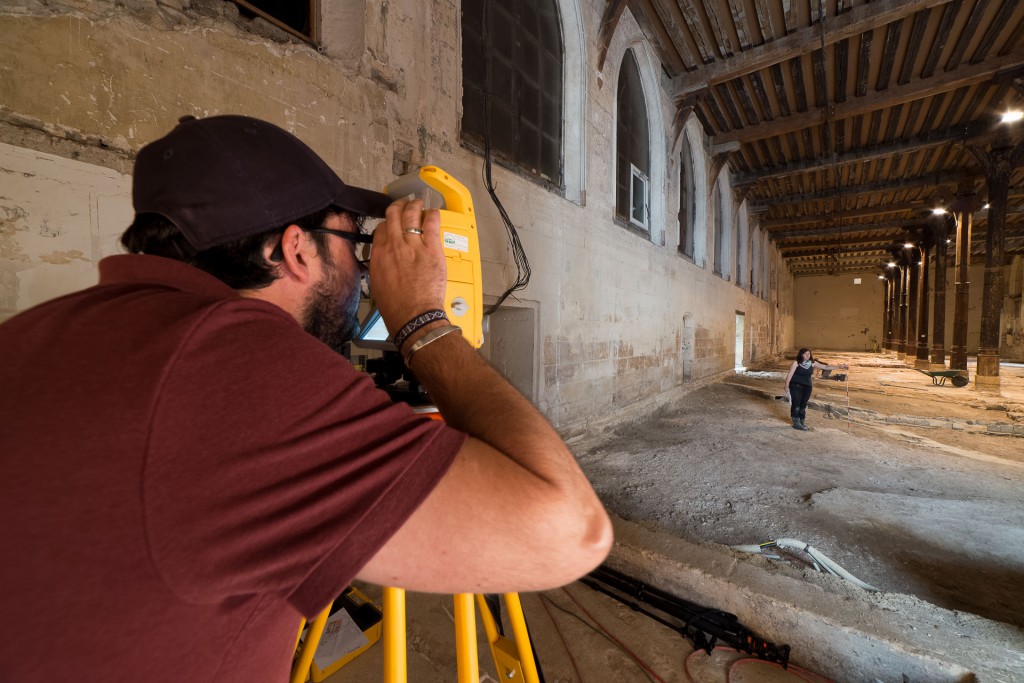 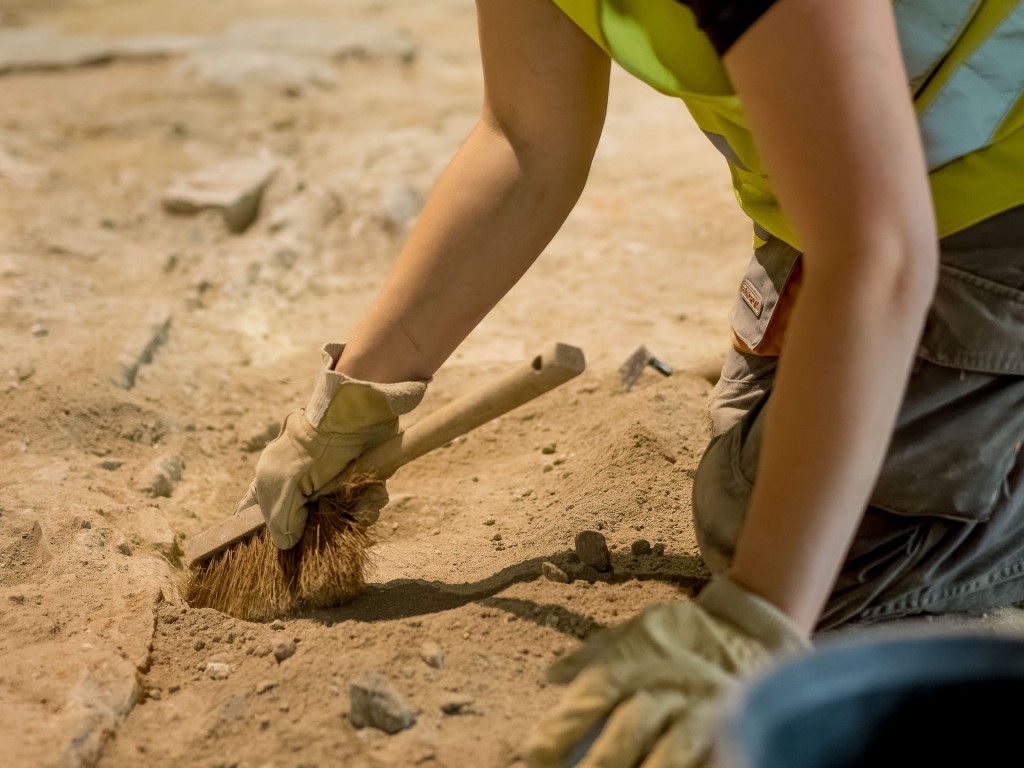 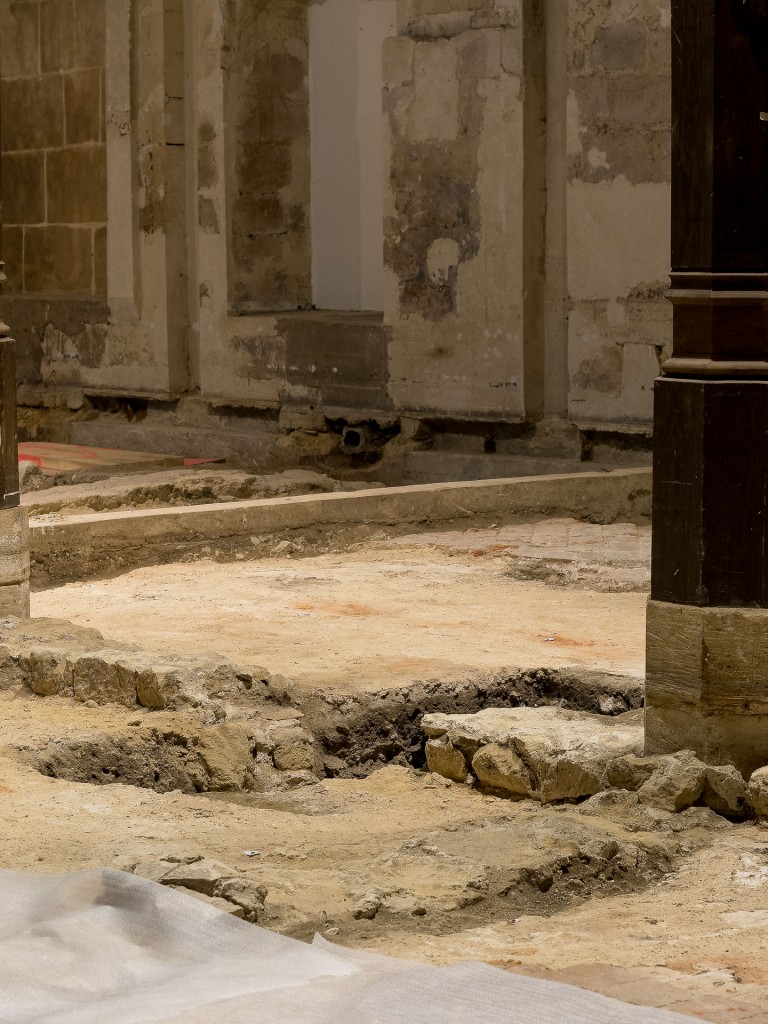 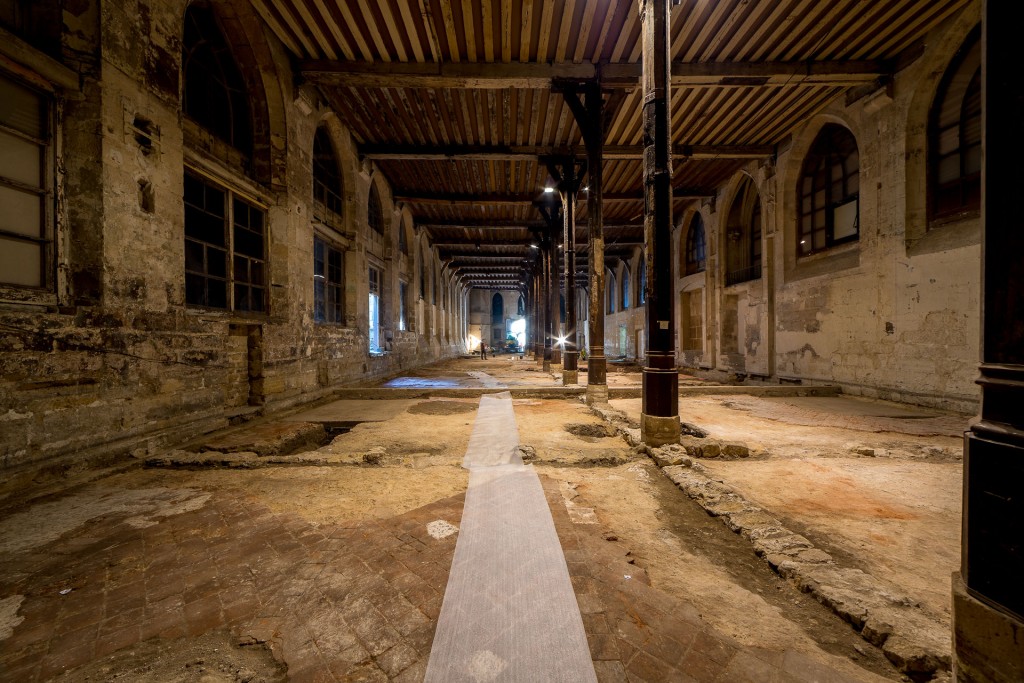 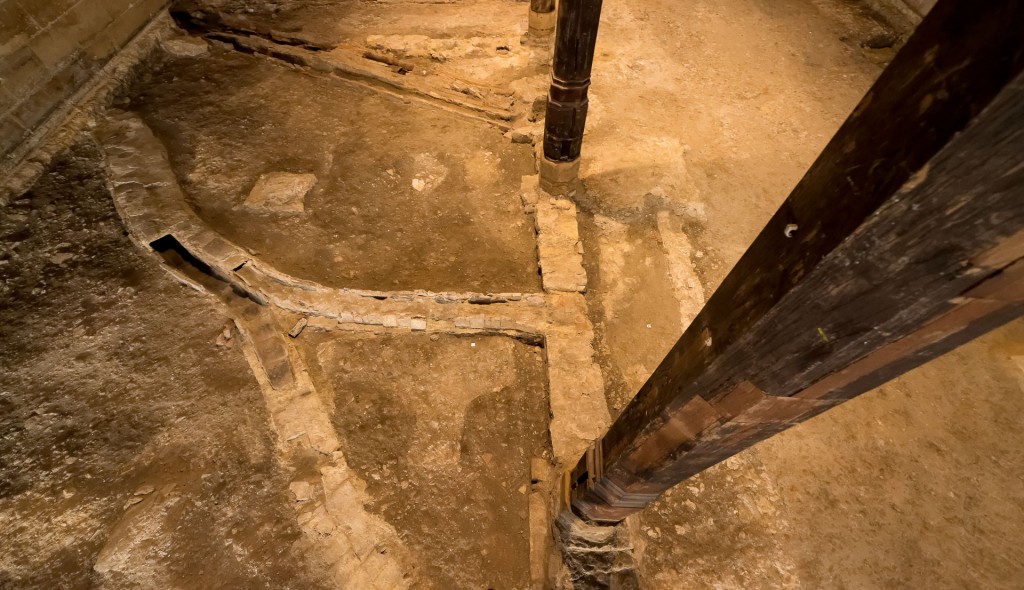 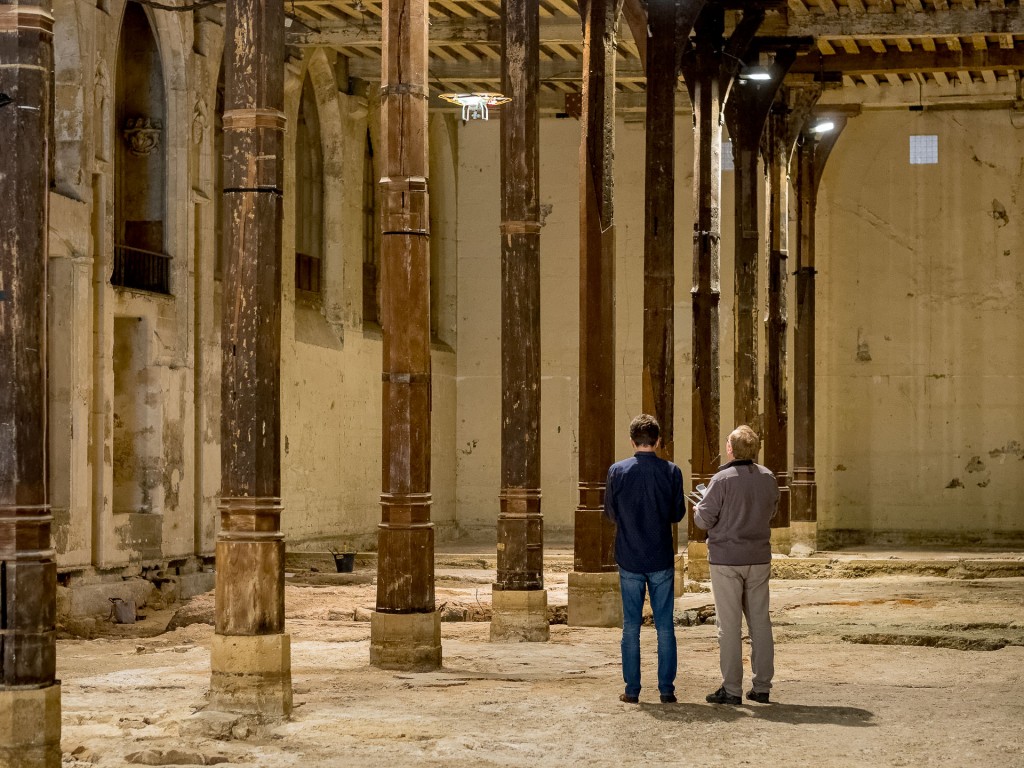