An innovating, ethical, solidarity-oriented social housing landlord, the RIVP builds, restores and manages accommodations, student residence halls, commercial spaces and offices for young, innovative companies. Presided by Frédérique Calandra (who is also the mayor of the 20th arrondissement), the RIVP manages nearly 60,000 social housing units (both apartments and short-term rooms), making it one of the major players of social housing in the capital.

The RIVP’s DDGIE, which is in charge of the development and management of corporate real estate, was founded in May 2014. It aims to foster the establishment and the development of innovating startups in the capital. All told, more than 688 units of offices, incubators, business centers, business premises and professional workshops are managed by the DDGIE, with a combined floor area of 120,634sqm. Providing startup support and other exclusive services at affordable prices is part of the DDGIE’s core responsibilities.

The City of Paris

This project benefits from the active support of the City of Paris, which is fully committed to the development of the Réfectoire des Cordeliers and to the preservation of the historic heritage of Paris.

The RIVP also has the support of Jean-Pierre Lecoq, the mayor of the 6th arrondissement, who is delighted by “this renovation implemented by the RIVP” and its partners.

Created in 1816, the Caisse des Dépôts et Consignations is a public institution whose objective is to invest in projects that serve the public interest and the country’s economic development. These investments are made to enable the completion of long-term projects, and thus ensure the development of innovation and of sustainable growth. The development of territories, the patronage of cultural initiatives and the financing of social housing are part of the core missions of the CDD, which intends to fulfill the needs that the market alone cannot meet.

The architecture studio headed by Daniel Lefèvre is the sole certified firm for the restoration of any Historic Monument.

Architectural firm Lefèvre-Architectes has designed the rehabilitation of the Réfectoire des Cordeliers from end to end. Daniel Lefèvre, architecte en chef des Monuments Historiques (‘Chief Architect of Historic Monuments’) and Helen Matzeit, one of the firm’s members, are the project managers of this ambitious rehabilitation. This firm boasts 35 years of experience in the restoration, promotion and reuse of historic buildings. Daniel Lefèvre has been architecte en chef des Monuments Historiques since 1987. He has notably worked on the restoration of several remarkable historic buildings, including the Pantheon and the Château de Meudon. 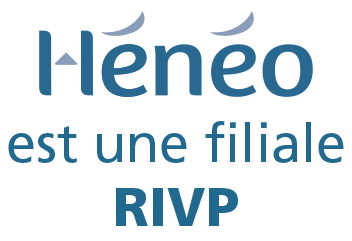 Hénéo has been a subsidiary of the RIVP since 1987. Its purpose is to build and manage social housing and temporary housing units. These buildings can for instance be hotels (whether furnished or not), hotel-like furnished residences, social and student housing, research and teaching facilities, artists’ studios and medical-social facilities.